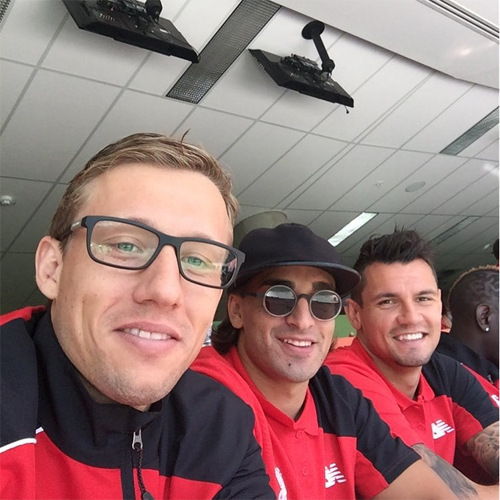 Brendan Rodgers may be looking for his Liverpool squad to toughen up next season after the Reds players were treated to an Aussie Rules game in Adelaide.

The Merseyside outfit are already facing a battle to secure a top-four finish after Arsenal, Manchester City and Manchester United have all strengthened in recent weeks.

Liverpool have made a promising start to their pre-season tour after a 4-0 win against True Thailand All0-Stars in Bangkok before a 2-1 victory over Brisbane Roar on Friday.

And Brazil international Lucas Leiva snapped a selfie with centre-half Dejan Lovren and Serbian winger Lazar Markovic at the clash between Port Adelaide and Adelaide Crows.

Lucas wrote on the photo-sharing app: “At the Oval with my friends @laazar50 and @dejanlovren06. Brates #aussierules”

The South American took a second snap with more of the Liverpool squad involved in the photo which he posted on Instagram. 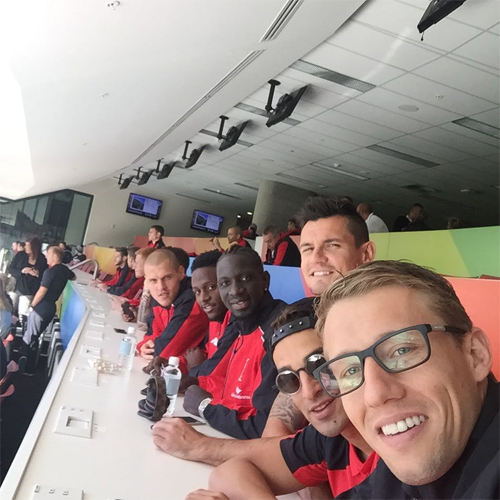 Liverpool face Adelaide United in their next friendly on their pre-season tour this summer.