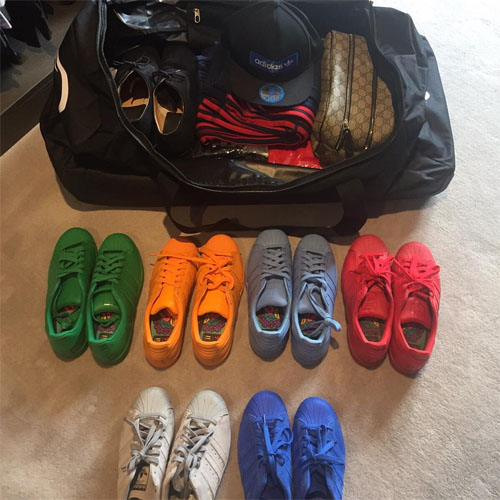 Luke Shaw was faced with some tough decisions on Sunday night as the Manchester United defender packed his bags for the club’s pre-season tour.

The England international will be looking to further establish himself as first-choice left-back under Louis van Gaal after a mixed first season at Old Trafford.

Shaw has new competition from his spot in the United side following their £11m signing of Matteo Darmian from Torino, although the Italy international’s preferred position is right-back.

And footwear will be essential on the tour to avoid any unwanted niggling injuries, even if Shaw appeared to be basing his choice on colours as opposed to comfort.

Shaw wrote on his Instagram page: “Packed and ready to go for pre season! Last decision, what colours to take ? #superstars #MUTour”

The England defender made 20 appearances in all competitions during an injury-hit first season at Old Trafford.

The 20-year-old full-back moved to United in a reported £27m deal from Southampton last summer after two impressive seasons at St Mary’s in the Premier League.