Manchester United defender Chris Smalling has faced Luis Suarez in the past, but piranha fishing is another level of jaw-snapping danger 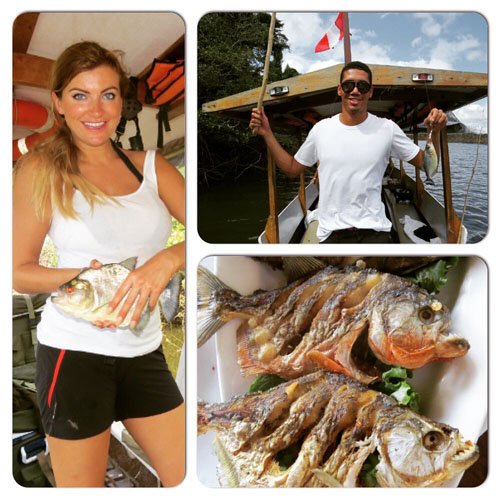 While most Premier League footballers have opted for a relaxing holiday in the sun, Chris Smalling has embraced the explorer spirit during his summer break.

The Manchester United defender headed to South American with his girlfriend, aptly named, Sam Cooke to explore what Peru has to offer.

And the pair have been ticking off plenty of boxes after they visited Manu Picchu, Colca Canyon, ventured into some hot springs and even watched some Copa America football.

But Smalling ranked up the danger level after he went piranha fishing on Saturday – and the centre-half even managed to catch some dinner for the couple.

Smalling posted the above photo and wrote on his Instagram page: “Piranha Fishing #peru”

The towering defender scored four goals in 29 appearances in all competitions for United last season.

Smalling has played 148 games in all competitions for the Red Devils since his move from Fulham in 2010.