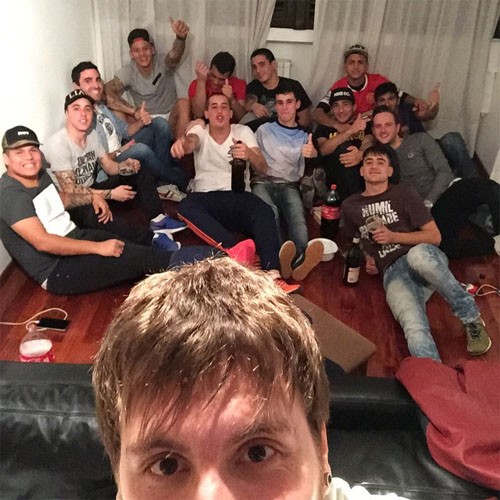 Marcos Rojo is making the most of his summer break after the Manchester United defender relaxed with friends on Friday night.

The Red Devils star is getting an extended summer holiday after he helped Argentina reach the Copa America final earlier this month.

However, an Alexis Sanchez-inspired Chile beat Rojo, Lionel Messi and co on penalties in the showpiece to deny Argentina their first trophy since 1992.

But 25-year-old Rojo appeared to be getting over the disappointment as he joined his friends for some refreshments last night.

Rojo wrote on his Instagram page: “With all my friends how nice everyone is back together !!!”

The World Cup finalist has made 21 Premier League appearances for the Red Devils this term, racking up just over 1,700 top-flight minutes.

Rojo moved to United in a £16m deal from Sporting Lisbon after an impressive World Cup campaign in Brazil.