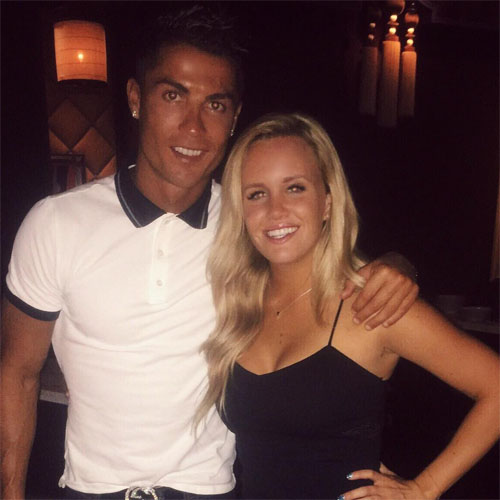 Cristiano Ronaldo may have a sometimes unfair reputation for being a petulant and self-obsessed footballer, but the Real Madrid forward appears to be developing a softer side.

Austin Woolstenhulme took to her page on Tuesday morning to upload a snap with the former Manchester United winger.

The two-time Champions League winner had apparently found Ms Woolstenhulme’s phone which she presumed lost and returned it to her.

Not only that, but on his £274,000-a-week wages, Ronaldo decided to dig into his deep pockets and treat his newest fan to dinner. What a gent!

She wrote on her Instagram page: “Bad news is I lost my phone two days ago. Good news is Cristiano Ronaldo found it. Better news is he took us to dinner last night.”

The former Sporting Lisbon forward, who has been linked with a return to Old Trafford in the past couple of season, broke up with his long-term girlfriend Iryna Shyak earlier this year.

The Russian beauty was forced to deny a fling with incumbent Fifa president Sepp Blatter in June after it was claimed the pair briefly dated before she met Ronaldo.

Liverpool transfers: Why Nathaniel Clyne is pick of summer signings