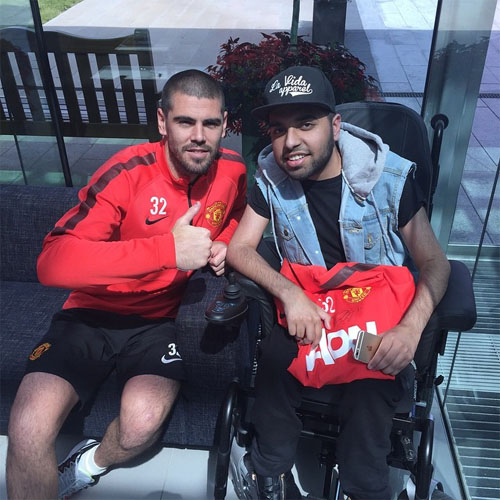 The Spain international is expected to move away from Old Trafford this summer after manager Louis van Gaal criticised the shot stopper for failing to follow the club’s philosophy.

The 33-year-old goalkeeper, who moved to the Red Devils on a free transfer in the January window, refuted Van Gaal’s claims that he refused to play for the club’s Under-21 side with this Instagram post.

And Valdes still appears to be focusing on a potential United future after he posed with Red Devils supporter Rehman, who is an aspiring football coach.

Valdes wrote: “Was Nice meet and chat with “Sohail Rehman”, special guy with a Fantastic Dream : Wants to be a Professional Coach! Good Luck Mate !”

Former Barcelona goalkeeper Valdes made two appearances for United in the Premier League following his free transfer earlier this year.