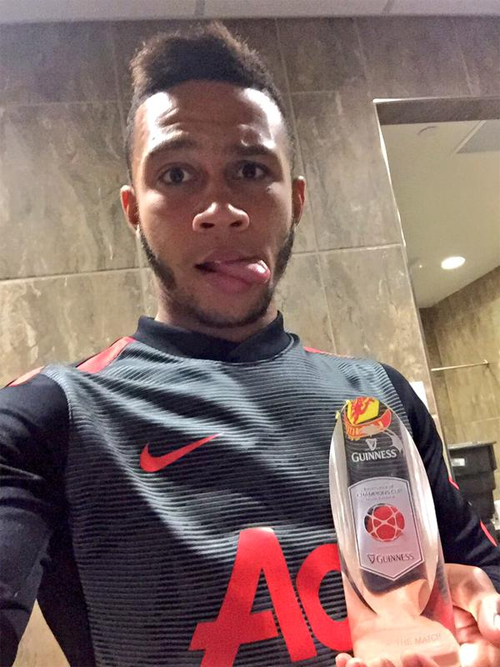 The 21-year-old capitalised on a defensive error to score United’s second in a 3-1 victory over Major League Soccer outfit San Jose Earthquakes.

Depay was the first of Louis van Gaal’s four summer signings after the Dutch international completed a £25m move to United from PSV Eindhoven in May.

And the Red Devils winger proudly displayed his man of the match award in a cheeky snap which the Netherlands international uploaded on Twitter.

United forward Depay will be hoping to continue his prolific form in the Premier League after he scored 22 goals in 28 Eredivisie appearances for Dutch champions PSV.