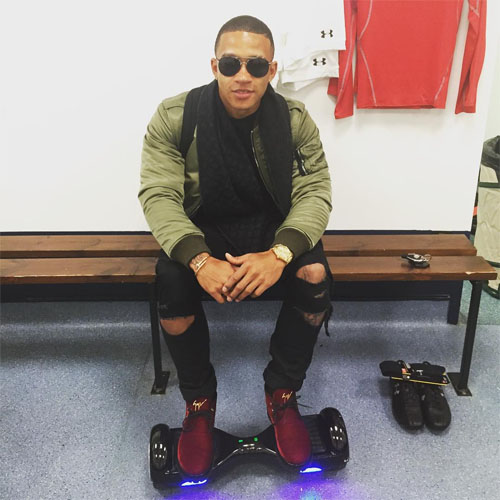 Memphis Depay gave his Instagram followers a sneak peek behind-the-scenes at his photo shoot with Under Armour on Friday.

The Netherlands winger completed a £25m move to the 20-time English champions from Eredivisie champions PSV Eindhoven in May despite reported interest from Liverpool.

And Depay turned up at his Under Armour shoot with his Segway in tow as he uploaded a snap on his Instagram page.

Depay, who was part of Van Gaal’s World Cup squad in Brazil in 2014, scored an impressive 22 goals in 28 top-flight games in the Dutch top-flight last term.