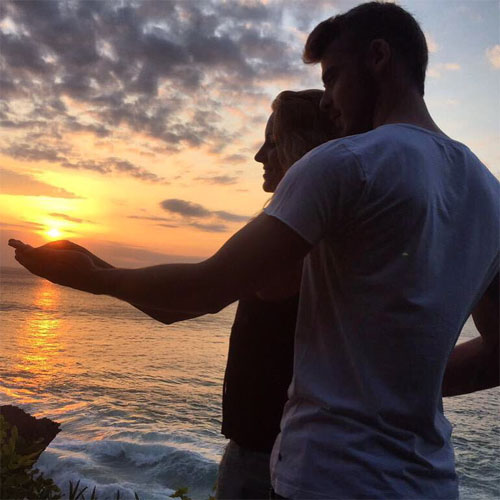 David De Gea is clearly focused on making the most of his summer holiday with his girlfriend and not worrying about his Manchester United future.

The Red Devils shot stopper has been heavily linked with a move to La Liga giants Real Madrid over the past six months after he failed to sign a new deal with the 20-time English champions.

United are reported to be holding out for a £25m offer from Los Blancos for their player of the year, and even Madrid goalkeeper Iker Casillas insisted that he would welcome De Gea at The Bernabeu.

However, the 24-year-old was still savouring the final moments of his summer break with his pop star girlfriend Edurne on his Instagram page on Thursday night.

De Gea moved to the Red Devils from Atletico Madrid in 2011 and helped United wrap up a fourth-placed finish in the league last term as they secured Champions League qualification.