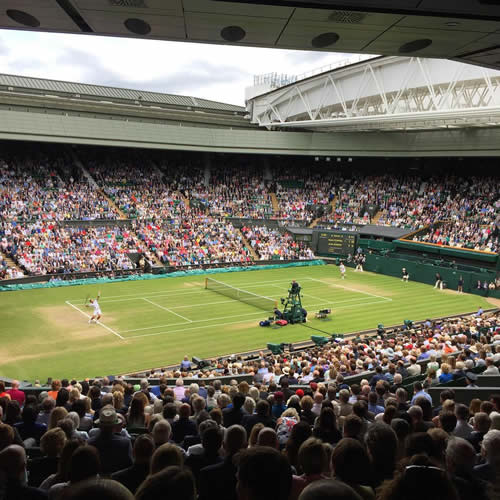 Juan Mata made the most of some time off on Wednesday afternoon by travelling down to London to watch the men’s quarter-finals at Wimbledon.

The Manchester United star is back in the UK after making the most of his summer holidays in recent weeks with a trip to Mexico.

Mata joined up with his Red Devils team-mates at Carrington earlier this week as they begun their pre-season preparations before jetting off for their tour of the United States next week.

And the Spaniard enjoyed some downtime at the All England Club on Wednesday afternoon, as he watched Andy Murray take on Vasek Pospisil.

He has recently been enjoying some downtime in Mexico as he recharged his batteries ahead of the new Premier League season.