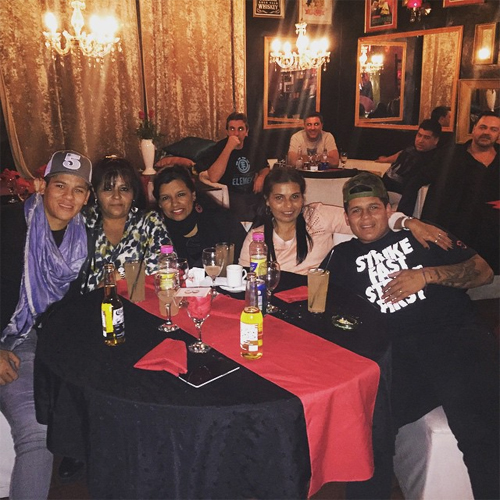 Marcos Rojo was spending some quality time with his family ahead of his return to Manchester United later this month.

The centre-half is relaxing with his family after Rojo was given an extended break following Argentina’s run to the Copa America final.

Louis van Gaal’s squad are currently in Seattle on their pre-season tour of United States ahead of their match against San Jose Earthquakes on Wednesday.

But Rojo wasn’t preoccupying himself with any football on Saturday night as he enjoyed a tasty dinner with his mother, brother and family.

Rojo posted on the photo-sharing app: “Beautiful dining with my mom, my aunts and my lazy fat brother in Brugman Roberto Reyna thanks to all that you appear in the picture”

The World Cup finalist has made 21 Premier League appearances for the Red Devils this term, racking up just over 1,700 top-flight minutes.

Rojo moved to United in a £16m deal from Sporting Lisbon after an impressive World Cup campaign in Brazil.