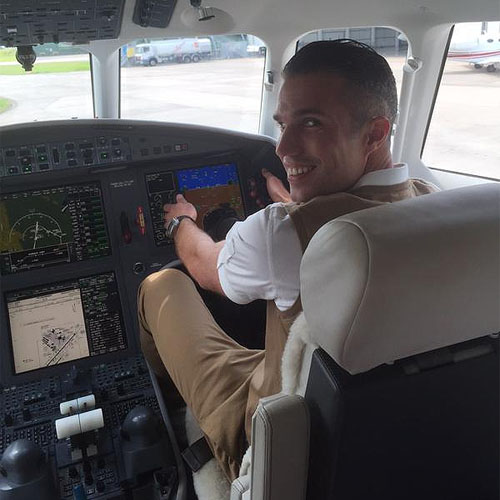 Robin van Persie took over the controls of his flight to Turkey as the Manchester United striker edges closer to a move to Fenerbahce on Sunday afternoon.

The Netherlands international prepared to jet off to Turkey after his prospective employers agreed a reported £4.7m deal for the 31-year-old striker.

Van Persie endured a difficult season under his compatriot Louis van Gaal after he scored just 10 goals in 27 top-flight games.

And it appears the former Arsenal captain is in firm control of his future after Van Persie ventured into the cock pit.

Ready for take off ✈️ pic.twitter.com/FToAfnEGjv

Van Persie uploaded a snap with his family outside of their private jet ahead of the next chapter in the Netherlands striker’s career.