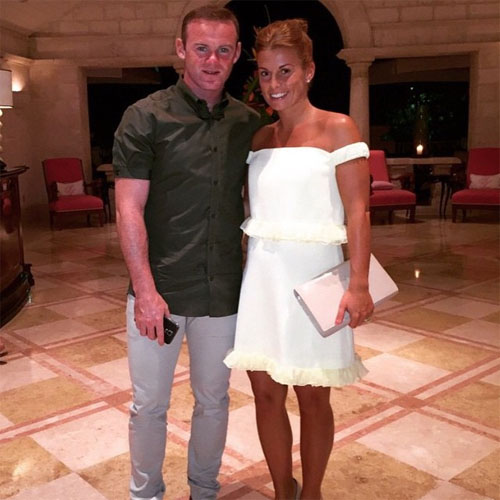 Wayne Rooney posted a photo from a lovely dinner with his wife Coleen on his Instagram page on Thursday.

The Manchester United captain is making the most of his summer break ahead of the new season which sees the Red Devils make a return to the Champions League after a one-year absence.

And Rooney certainly looked rejuvenated as the United striker boasted a glowing if slightly red-tinted tan in the snap with his wife Coleen.

The Three Lions captain also moved to within one goal of Sir Bobby Charlton’s all-time England goal-scoring record thanks to his effort in a 3-2 win against Slovenia.