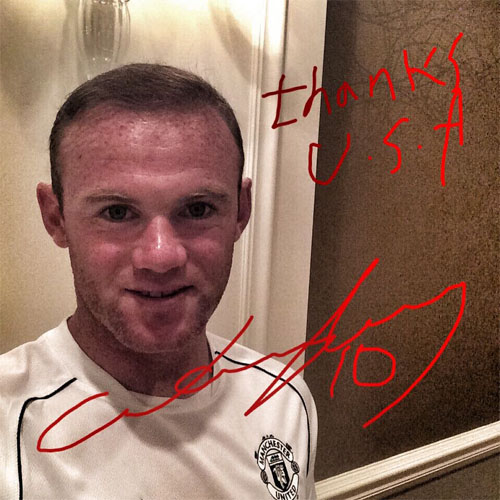 Wayne Rooney says Manchester United’s tour of United States was a success despite a disappointing 2-0 defeat by Paris Saint-Germain on Wednesday night.

Rooney, who is set to play in a centre-forward role this coming term, scored his only goal of the tour in a 3-1 victory over La Liga and Champions League holders Barcelona.

And the 29-year-old striker reflected on their 75 per cent win rate stateside ahead of the first game against Tottenham Hotspur of the Premier League season.

Rooney wrote: “Not the result we wanted last night but still a great tour. Thanks to all our supporters in America who have made it special!”

Rooney has netted 170 goals in 340 Premier League games for the Red Devils after he moved to Old Trafford from Everton in 2004.

Jose Mourinho: My Chelsea side are a team for next decade