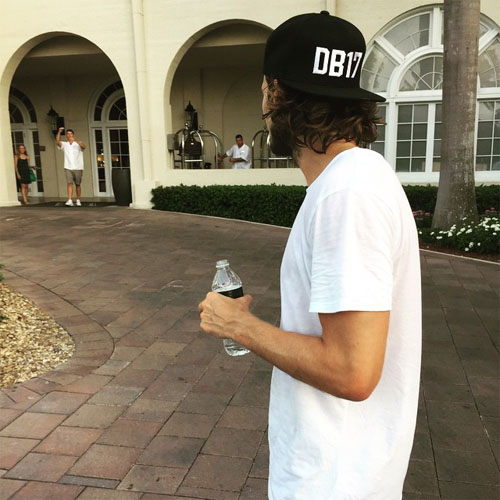 Daley Blind is keeping fit despite the Manchester United midfielder being on a summer break at a mystery unnamed island.

The Netherlands international was spending some time in Miami with his gorgeous girlfriend Carly Rae Fleur last week and the pair caught a Miami Marlins baseball game.

Perhaps inspired by the athletes on show at Marlin Park, the 25-year-old midfielder opted to keep his fitness ticking over with an afternoon jog on his island getaway.

Blind even sported his own personalised sports cap, which boasted DB17, in the photo that the former Ajax man posted on his Instagram page.

Blind wrote: “Beautiful island to have an afternoon run! Getting ready!! #MUFC”

Blind was a key part of Louis van Gaal’s United side following his summer transfer to Old Trafford from Ajax last year.