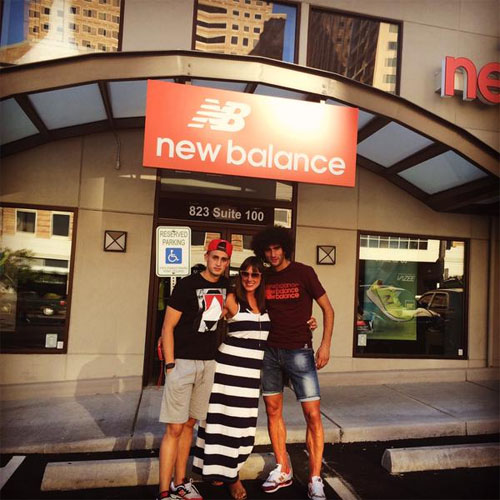 Marouane Fellaini and Adnan Januzaj are certainly impressive brand ambassadors after the Manchester United pair took a trip to New Balance in San Jose on Monday.

The towering Belgium midfielder has spent a large part of his summer promoting the sportswear brand after he made the trip to Japan earlier this month.

The United squad are currently touring the United States to get some pre-season minutes under the belt, and the Red Devils made a winning start against Club America on Saturday.

Fellaini and Januzaj took a break from pre-season training to take a trip to New Balance in Bellevue, San Jose on Monday afternoon.

Morgan Schneiderlin scored United’s winner in a 1-0 victory over Club America in the 20-time English champions’s first pre-season game of the summer.

The Red Devils take on Major League Soccer outfit San Jose Earthquakes in the next game of their pre-season tour in American on Tuesday.