Memphis Depay is enjoying himself on tour with Manchester United 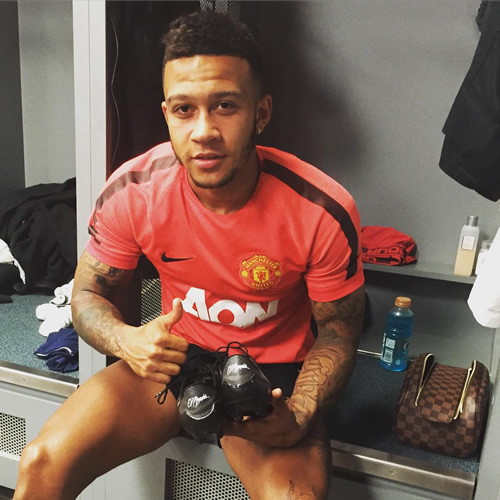 Memphis Depay certainly appears to be enjoying himself following his transfer to Manchester United this summer.

The Netherlands winger has been taking part in pre-season training alongside his new team-mates as he gets to grips with life at his new club.

Depay and the rest of the United squad are currently in Seattle as they continue their preparations for the new season in the USA.

And the winger took to social media on Wednesday evening to express his satisfaction after completing another pre-season session with the Red Devils.

Depay was instrumental in PSV ending Ajax’s hold on the Eredivisie crown after the 21-year-old winger scored 22 goals and made eight assists in 28 top-flight games last season.

Depay joined up with his Manchester United team-mates at the club’s Carrington training ground last week as Van Gaal’s squad began their preparations for the forthcoming Premier League season.

Photo: Bastian Schweinsteiger ‘happy’ to be at Man United