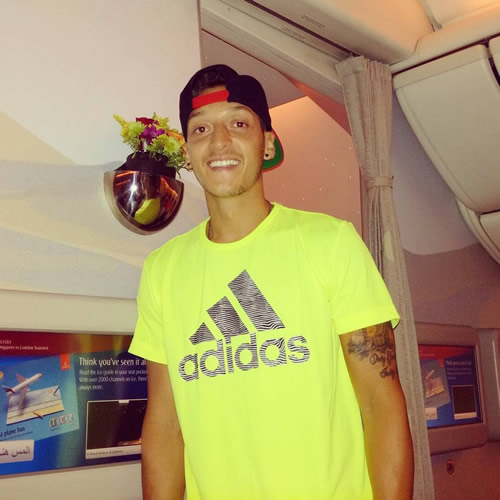 Theo Walcott’s cool finish gave the Gunners a half-time lead, before Santi Cazorla fired in from the edge of the box after and Ozil added a third from Cazorla’s second assist of the match.

Everton then added a consolation in the 75th minute through Ross Barkley.

Ozil was quick to take to social media as Arsene Wenger’s squad flew back to the UK, with the World Cup winner uploaded the picture of himself above on the plane and sending a message to the north London club’s fans.

Ozil, 26, shared the photo on his Instagram account and wrote: “Heading home now ✈️Thanks to all fans for making our #Asiatour so special. You guys make the difference! #BeTheDifference #YaGunnersYa”