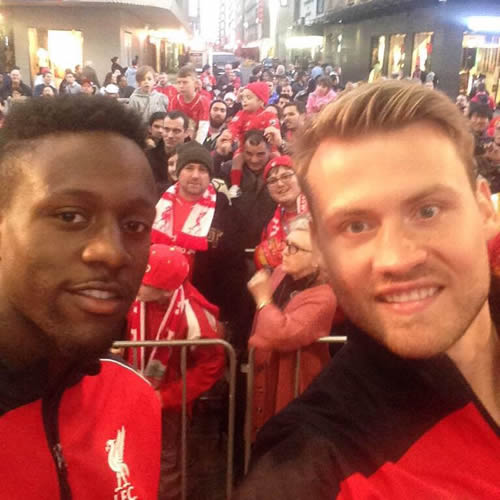 Divock Origi looks to be settling into life at Liverpool with ease as he continues to adapt to life with the Reds during their pre-season tour of Australia.

Brendan Rodgers’ squad are currently Down Under as they continue their pre-season preparations ahead of the new Premier League campaign.

And Belgium international Origi looks to be in good spirits, if his latest post on social media is anything to go by.

Origi, who joined up with his new team-mates this summer, snapped the picture above of himself with compatriot Simon Mignolet, posted it on his Instagram account and wrote: “#LFCtour”

Origi was on target as Liverpool eased to a comfortable 4-0 victory over True Thai Premier League All Stars at Bangkok on Tuesday afternoon.

The Belgium international linked up with the Reds squad this summer after Liverpool agreed a £12m deal to sign the 20-year-old from Lille last summer.