Memphis Depay took to social media to pay tribute to his mother on Thursday... 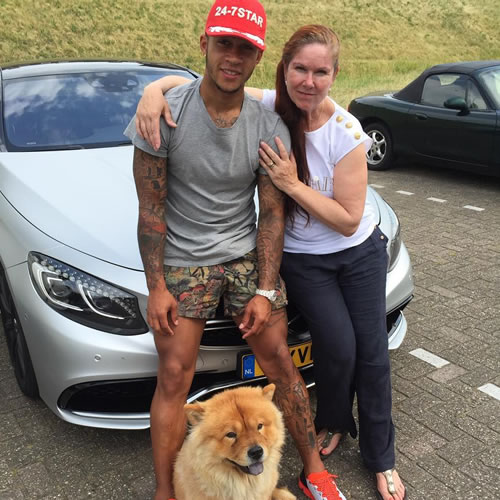 Memphis Depay took to social media on Thursday afternoon to pay tribute to his mother as the Netherlands star prepares for life at Manchester United.

The winger, who is set to join up with his new team-mates as they embark on their pre-season training regime, agreed a deal to join United from PSV Eindhoven back in May as Louis van Gaal moved quickly to get his summer transfer dealings under way.

Depay used social media to pay tribute to his mum, as he shared the picture above of himself with his mother Cora on his Instagram account.

Depay posted the picture and wrote: “Always by my side, I count my blessings.”

Depay officially became a Red Devils player on Wednesday after United agreed a £25m deal with PSV for the Netherlands international back in May.

He was instrumental in PSV ending Ajax’s hold on the Eredivisie crown after the 21-year-old winger scored 22 goals and made eight assists in 28 top-flight games.

He previously played under Red Devils manager Louis van Gaal in the Dutch set-up and was part of the 63-year-old’s World Cup squad last summer.