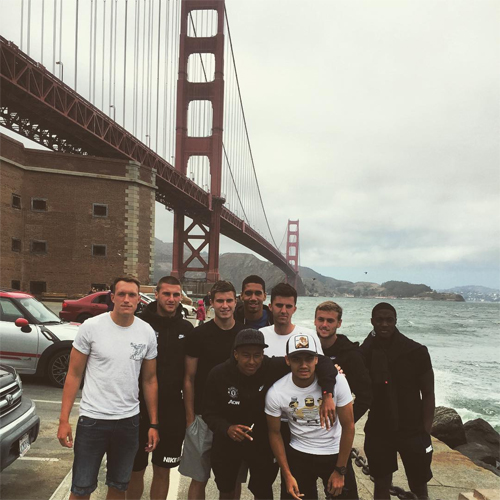 The Red Devils have been taking a break from pre-season training to do some sightseeing around the Californian city.

While Juan Mata, Daley Blind and Ander Herrera headed to Google, Jones and Chris Smalling were among the United players who opted to check out the three-mile long suspension bridge.

And the Red Devils centre-half managed to get together his group of team-mate for a quick snap which he posted on his Instagram page.

Louis van Gaal’s squad are currently touring America and racking up pre-season minutes ahead of the new Premier League campaign.

United have beaten Club America and San Jose Earthquakes during their pre-season tour of United States.

The Red Devils face Paris Saint-Germain and Barcelona in their final two games ahead of the start of the Premier League.