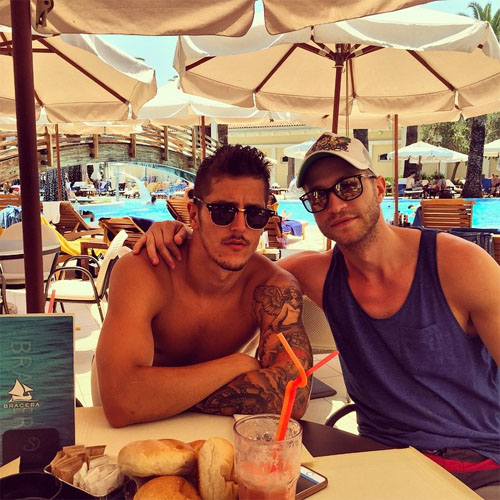 Stevan Jovetic has been making the most of his final days of holiday amid reports of a move to Liverpool.

There is significant doubt over his future at Manchester City after making just 17 appearances under Manuel Pellegrini last season and Liverpool are reportedly keen on signing the Montenegro international striker.

But Jovetic doesn’t appear to be paying any attention to the speculation after he updated his Instagram account with a holiday before a return to pre-season training.

City are thought to want £16m for Jovetic after signing him for £22m from Fiorentina in 2012.

The price tag is a significant amount for a player who has never really demonstrated his true quality in the Premier League after managing just eight league goals for City.

But if speculation in the media is correct, Brendan Rodgers is prepared to take a gamble on the forward.

Former Manchester City manager Roberto Mancini wants a Serie A return for Jovetic at Inter Milan so Liverpool will face some tough competition for his signature.