Photo: Roberto Soldado joins his Tottenham bodyguards in the pool 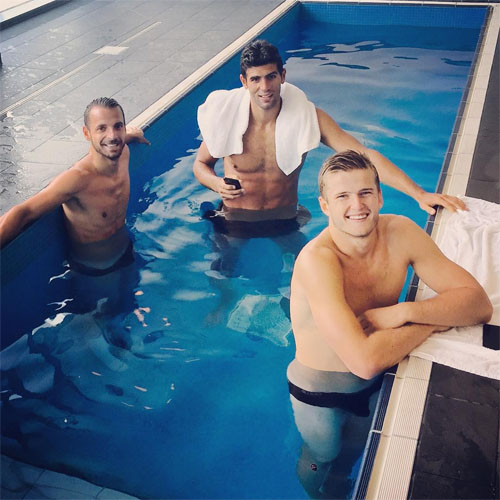 Roberto Soldado has apparently employed his Tottenham Hotspur team-mates Eric Dier and Federico Fazio as his personal bodyguards for the coming season.

The Spain international is still at White Hart Lane despite enduring a thoroughly disheartening two seasons at the north London club.

Soldado has scored just 16 goals in 76 appearances in all competitions following his £27.5m move to Tottenham from Valencia in 2013.

So there must be some unhappy Spurs fans after a large portion of Gareth Bale’s £85.3m fee was invested in the misfiring striker.

But the 29-year-old is well-protected after he light-heartedly appointed towering centre-halves Dier and Fazio as his bodyguards after he posted a snap of the trio in a swimming pool on Monday afternoon.

Soldado wrote on his Instagram page: “With awesome bodyguards!! By @benjaminstambouli”