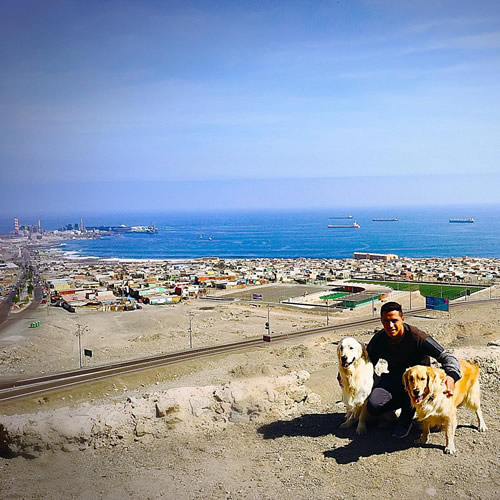 Alexis Sanchez could be forgiven for feeling a little fatigued after the gruelling season he has just endured.

Sanchez has been winding down in his native homeland in recent days, with the 26-year-old not due to report back to Arsenal for pre-season training until 3 August.

And the former Barcelona star enjoyed some time with his two dogs Atom and Humber in Tocopilla on Monday afternoon as he continued to make the most of his break.

MORE: Sanchez all smiles in his native homeland

Arsenal are in action in the Emirates Cup at their home ground this weekend.