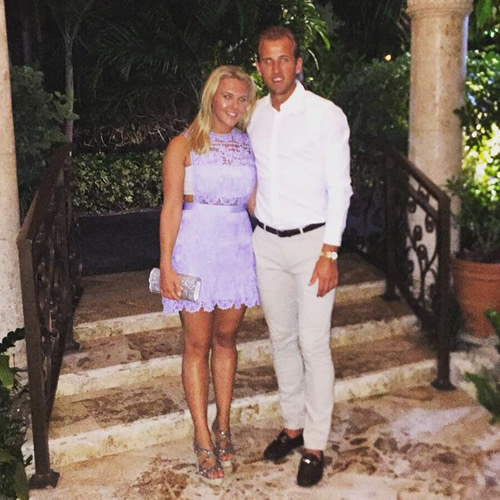 Harry Kane is continuing to enjoy his summer holidays with his girlfriend Katie Goodland as the Tottenham striker winds down after the Premier League season.

The Spurs star is making the most of his time off with his partner after his breakthrough season with Tottenham last term.

The forward and his girlfriend soaked up the sights in New York earlier this month and continue to look relaxed as they continue their break.

Some of Tottenham’s players already reported back to north London for pre-season training last week, including the likes of Roberto Soldado.