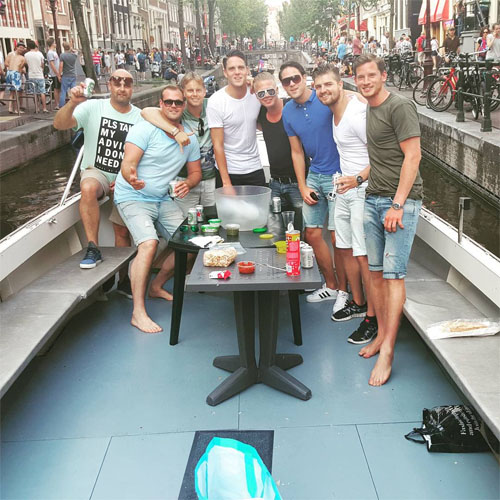 Jan Vertoghen enjoyed a cruise around Amsterdam with his friends on Saturday afternoon.

The Belgium international has spent the past two seasons in north London following his £10m move to Tottenham Hotspur from Ajax in 2012.

However, Vertonghen appears to maintain a soft sport for the Dutch capital after he joined some friends for a fun-filled afternoon in the city’s canals.

Tottenham defender Vertonghen kept his caption short and sweet as he posted three sailing boat emoticons to accompany his above snap.

The Spurs defender, who was named in the PFA team of the year for the 2012/13 season, managed to secure his first-team place in Mauricio Pochettino’s side last season.

Vertonghen, who was crowned Dutch footballer of the year in 2012, scored one goal in 41 appearances in all competitions last season.

The 28-year-old centre-half has netted five times in 73 Premier League games during his three-season stay at White Hart Lane.