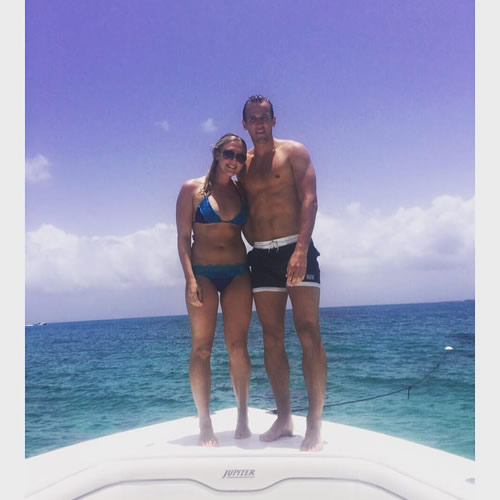 Harry Kane is continuing to make the most of his summer holidays with his girlfriend Katie Goodland.

The Tottenham Hotspur star is in the United States as he enjoys some well-earned downtime after helping the north London side secure a fifth-placed finish in the Premier League last season.

Kane’s girlfriend Goodland posted the picture above of the couple on her Instagram account on Monday afternoon and wrote: “Boat trip.”

Kane was in New York with his girlfriend last week.

Kane has scored 29 goals in 41 appearances in all competitions for the League Cup runners-up this season after the striker forced his way into Pochettino’s first-team at White Hart Lane.

Kane, who was named the PFA player of the year last season, signed a new five-and-a-half year deal with the White Hart Lane outfit back in February.

Photo: Jack Wilshere thrilled to back at Arsenal for pre-season