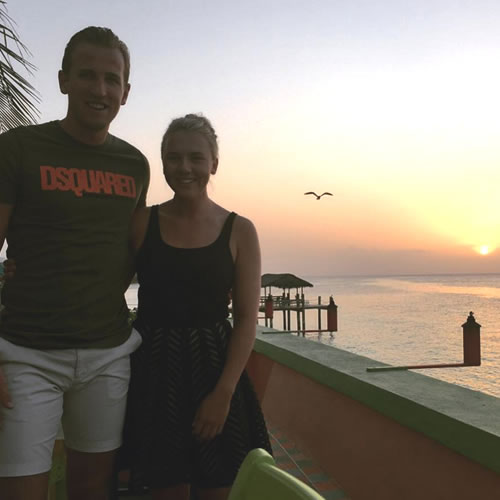 Harry Kane looked relaxed and happy as he continues to enjoy his summer break with his girlfriend ahead of the new Premier League season.

The Tottenham Hotspur star has been in the United States with his partner Katie Goodland as he recharges his batteries following his breakthrough campaign last season.

Kane’s girlfriend uploaded the picture above of the couple onto her Instagram account on Tuesday afternoon and wrote: “Sunset and a Seagull”

The forward is expected to report back to Tottenham for pre-season training this month as Spurs begin their preparations for the new Premier League season.

Kane scored 29 goals in 41 appearances in all competitions for the League Cup runners-up last season after the striker forced his way into Pochettino’s first-team at White Hart Lane and was named the PFA young player of the year.