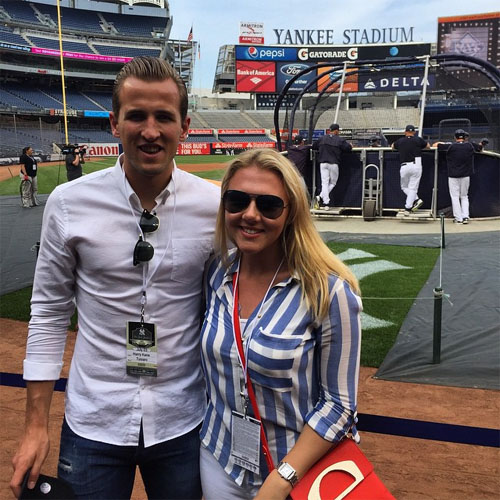 Harry Kane is ticking all the boxes in his sightseeing tour of New York City with his girlfriend.

The Tottenham Hotspur striker has already visited Central Park, ventured to one of the city’s high points for a breath-taking view, sampled American pancakes and hung out with his team-mate Christan Eriksen.

But as a an elite sportsman, the England international naturally had to catch some form of American sport during his stay in the Big Apple.

With the NBA and NFL seasons already over, Kane brought his partner Kate Gooders along to a baseball game at Yankees Stadium on Friday night.

Kane posted the above photo and wrote on his Instagram page: “Looking forward to the @yankees game! @kategoodersxx #MLB #Yankees”

The Spurs man proved something of a lucky charm for the Yankees as the Bronx side edged to a 7-5 victory over Tampa Bay Rays.

The Tottenham striker was named the PFA young player of the year after he scored 31 goals in 55 appearances in all competitions for Tottenham last season.