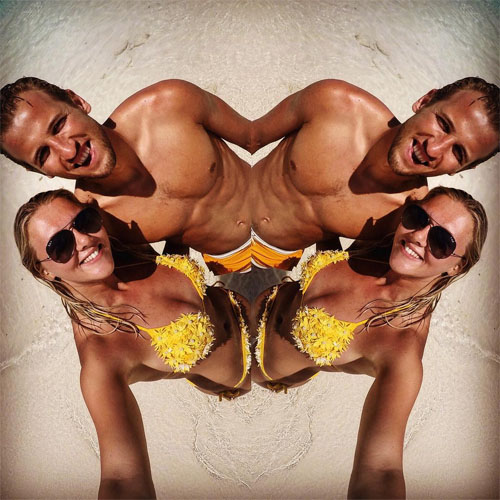 Harry Kane is soaking up every last drop of sunshine on his summer break before the Tottenham Hotspur striker returns to dreary London for pre-season training.

The Spurs striker has been permitted an extended break from club duties after he featured for England’s Under-21 side in the European championship in Czech Republic.

Kane made the trip to New York City over the past few weeks to sample some of the Big Apple’s offerings, before the PFA young player of the year headed to the Big Apple.

And the England international’s girlfriend, Kate, snapped an arty selfie of the pair on the beach on Sunday evening.

The Tottenham striker was named the PFA young player of the year after he scored 31 goals in 55 appearances in all competitions for Tottenham last season.

Kane has insisted that his future lies at White Hart Lane despite recent reports linking the striker with a move to Manchester United.