Harry Kane enjoyed an unusual experience in The Bahamas on Monday... 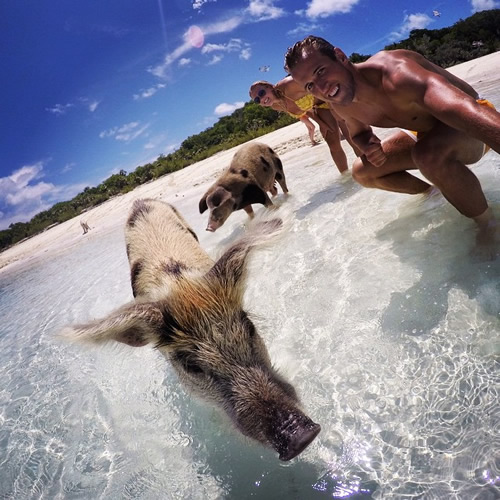 Harry Kane is soaking up every last bit of sunshine during his holiday in The Bahamas with his girlfriend before the Tottenham Hotspur star returns to England ahead of the new Premier League season.

The Spurs star is making the most of his time off with his partner Katie Goodland after his breakthrough season with the north London club last term.

And Kane enjoyed a unique experience this week as he shared swam with wild pigs in The Bahamas as he continued his holiday.

Kane shared the picture above on his Instagram account and wrote: “This place was amazing!☀️🐷 #Bahamas #swimmingpigs”

He is due to report back to Spurs for pre-season training in the coming weeks.