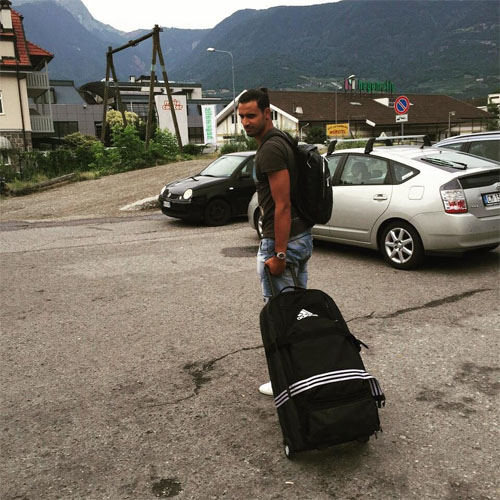 Nacer Chadli was keeping his Instagram followers guessing after the Tottenham Hotspur forward headed to his “favourite secret place” on Friday.

The Belgium international posted a snap of his adventure on a boat just the other week as the 25-year-old looked to make the most of his summer break.

But Chadli appeared to have one more trip planned before the former FC Twente man returned to north London for pre-season training at Hotspur Way.

And the attacking midfielder refused to give any indication to his desired destination on the photo-sharing app.

Chadli posted the above snap and wrote: “Travelling to my favourite secret place. I wish every body a Nice week-end. ..may God bless u all…”

Some of his Instagram followers speculated whether Chadli was heading to the Swiss Alps for some downtime.

Chadli scored 11 goals and made five assists in 35 Premier League games to help the Lilywhites secure qualification for next season’s Europa League.