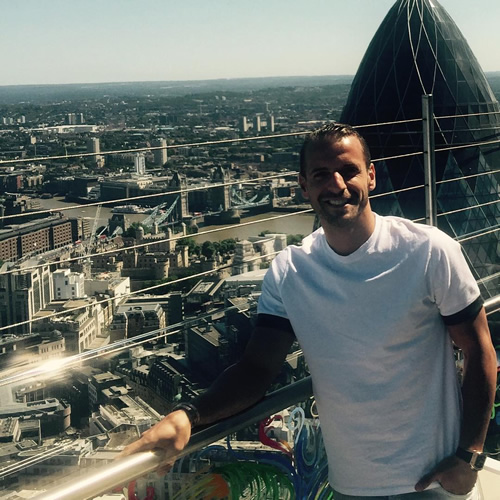 Roberto Soldado made the most of the London sunshine on Friday afternoon as he headed to Sushi Samba to catch some rays.

However, keen not to miss out on the hot weather on Friday, Soldado headed to the east London restaurant and bar to catch some sunshine.

The 30-year-old Soldado posted the picture above on his Instagram account on Friday afternoon and wrote: “Amazing day in London!!!”

Tottenham kick off their Premier League campaign with a trip to Manchester United on 8 August.