Roberto Soldado did not look happy after Tottenham training on Tuesday... 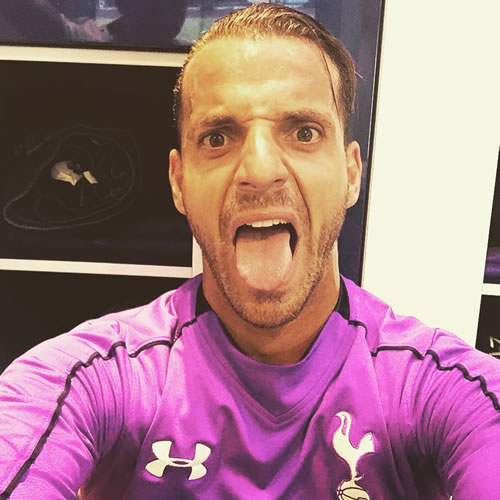 Roberto Soldado was in no mood to joke around after a pre-season training session with Tottenham Hotspur on Tuesday afternoon.

The Spanish forward is back at the north London club with Mauricio Pochettino’s men as they continue their preparations for the 2015-16 season.

Pre-season training is known to be a gruelling affair for top-level footballers as they work on their fitness ahead of the new campaign.

And Tuesday’s session was certainly no laughing matter for Soldado, if his post on social media was anything to go by.

Soldado shared the selfie above on his Instagram account on Tuesday and wrote: “The time for laughing is over.”

Tottenham kick off their Premier League campaign with a trip to Manchester United on 8 August.