Erik Lamela looks pleased to finally be on holiday after a long season... 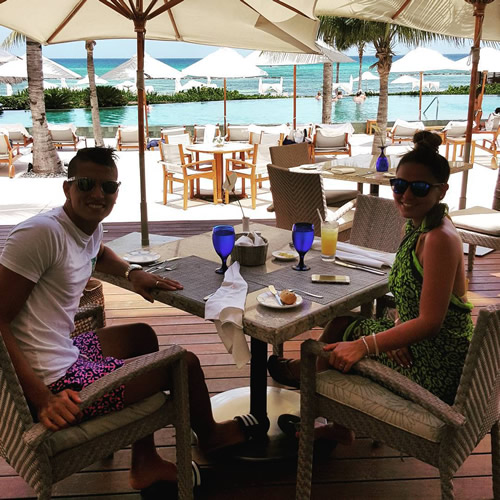 Erik Lamela could not hide his delight after finally being able to enjoy some well-earned downtime after a long season.

The Tottenham Hotspur playmaker had been on international duty with Argentina at the Copa America in recent weeks but was finally able to hang up his playing boots for a while after their final defeat by hosts Chile on Saturday.

However, with the 2014-15 season finally over for the midfielder, Lamela was clearly looking forward to relaxing with his girlfriend as he bids to recharge his batteries ahead of the new campaign.

Lamela posted the picture above on his Instagram account on Wednesday evening and wrote: “After a long year finally enjoying my vacation to recharge energy.”

Lamela, who joined Spurs from Roma, has been linked with a transfer away from Tottenham Hotspur this summer.

The 23-year-old midfielder scored two goals and made seven assists in 33 Premier League games for the north London club last season as they finished fifth in the table.