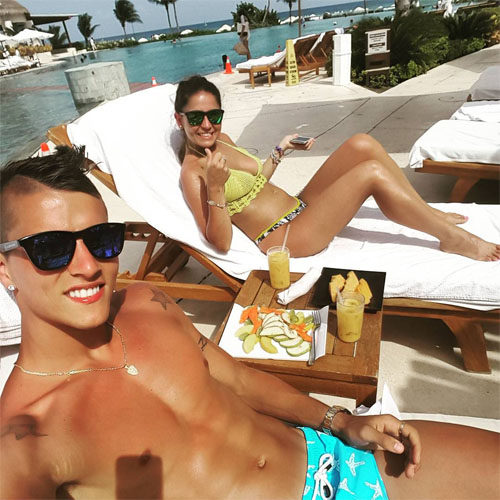 Erik Lamela tucked into some Mexican grub as the Tottenham Hotspur midfielder soaked up the rays on his holiday on Friday evening.

The Argentina international headed to the central American country after the end of the Copa America last weekend.

However, the Spurs midfielder looked to have forgotten about the disappointment as he snapped a photo with his girlfriend for his Instagram page.

Lamela wrote: “Time to eat something … ”

Lamela, who joined Spurs from Roma, has been linked with a transfer away from Tottenham Hotspur this summer.

The 23-year-old midfielder scored two goals and made seven assists in 33 Premier League games for the north London club last season as they finished fifth in the table.

Lamela is Tottenham’s club-record signing after Spurs splashed £31.5m on the playmaker.