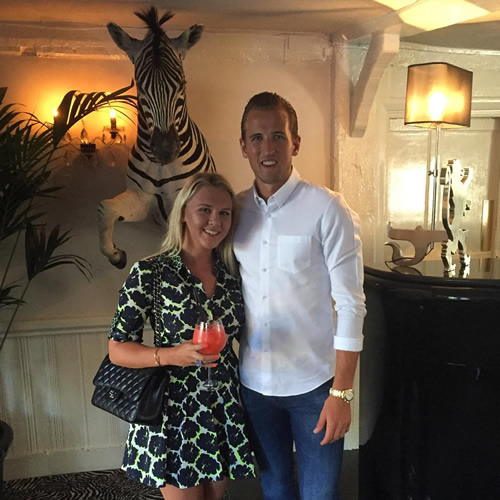 Harry Kane enjoyed a relaxing evening following his return to the UK as he enjoyed a spot of dinner with his girlfriend in Essex.

The Spurs striker is back in the country and working on his fitness levels with the rest of the Tottenham squad following his summer break with his partner Katie Goodland.

And the forward enjoyed some local cuisine at Sheesh restaurant in Chigwell with his girlfriend over the weekend.

Goodland uploaded the picture above of the capital onto her Instagram account and wrote: “It’s been too long @sheeshchigwell best restaurant 🍴🍷#yum”

The Spurs star has been unwinding in New York and The Bahamas in recent weeks as he made the most of his downtime following a breakthrough campaign for Spurs last term.

The England international enjoyed a sparkling season for Spurs under Mauricio Pochettino as he established himself as one of the Premier League’s top strikers.