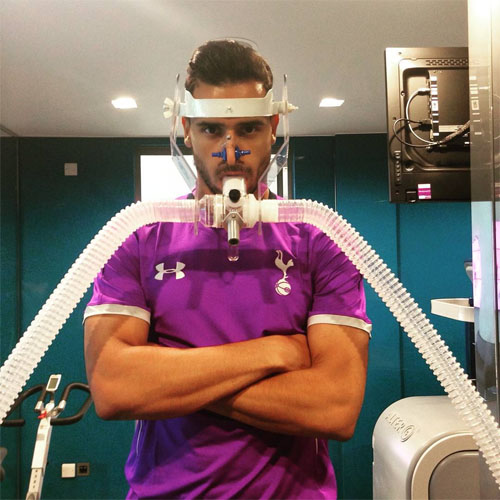 Nacer Chadli didn’t appear overly pleased to have swapped the beach and sand for pre-season on Monday.

The Belgium international was linked up to the latest technology to monitor his breathing and other bodily functions during his comeback session at the north London club.

After a couple of weeks enjoying some time by the sea and visiting his favourite place in the word, presumably a return to pre-season training was a shock to the system.

And Chadli posted a particularly grim snap on his Instagram page.

Chadli wrote: “Good to be back today. …enjoyed my first pre season training. Have a nice night every body. ..”

The Spurs forward scored 11 goals and made five assists in 35 Premier League games to help the Lilywhites secure qualification for next season’s Europa League.

Chadli, who has netted 18 times in 75 appearances in all competitions for Spurs, moved to White Hart Lane from Eredivisie side FC Twente in 2013.

He has scored three goals in 27 caps for Belgium.