Photos: Carragher and Gerrard back appointment of new Liverpool coach 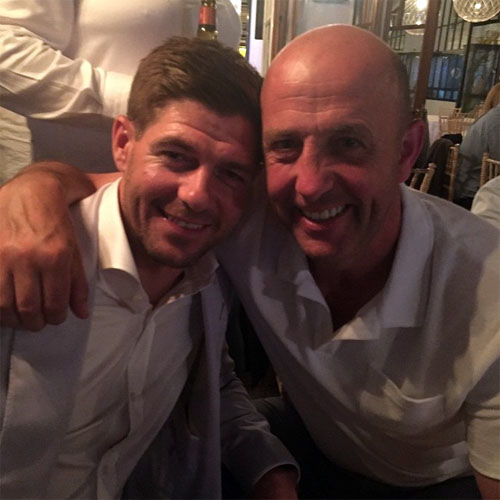 Jamie Carragher and Steven Gerrard were quick to take to their Instagram accounts ahead of Liverpool’s appointment of Gary McAllister as first-team coach.

The former Leeds United manager is reported to be on the brink of filling the void left by Mike Marsh in the Merseyside club’s coaching team after a backroom shake-up earlier this summer.

Former Liverpool captain Gerrard has previously spoken of the influence McAllister had on his career, and unsurprisingly the LA Galaxy man was delighted by the news of McAllister’s impending appointment.

Gerrard posted the above snap and wrote on the photo-sharing app: “Had a couple on this pic but could not of been in better company . Good luck to Gary Mc on his new role at LFC #topfella”

Carragher, meanwhile, played alongside Gerrard and McAllister in Gerard Houllier’s all-conquering cup side and the Sky Sports pundit offered his congratulations to the Scot.

Carragher wrote on Instagram: “Congratulations to Gary McAllister on his new role with Liverpool Fc.”