Photos: Liverpool stars all smiles ahead of flight to Bangkok 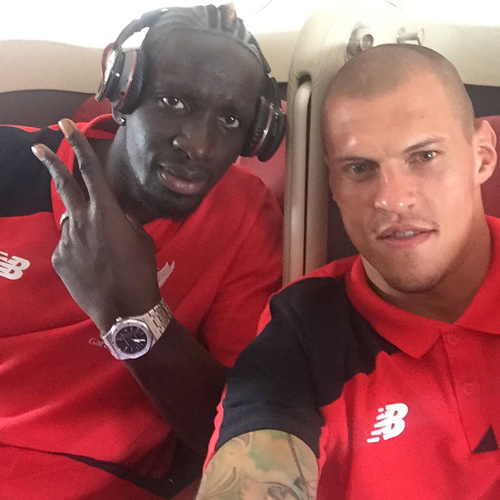 Liverpool’s squad were all smiles as they prepared to jet off to Thailand for their pre-season tour on Sunday afternoon.

The likes of Martin Skrtel, Mamadou Sakho looked to be in good spirits as Brendan Rodgers’ squad headed to Asia to continue their preparations for the forthcoming Premier League season.

Skrtel posted the picture above on his Instagram account and wrote: “On our way to Bangkok…with my boy @mamadousakho3”

Meanwhile, defender Alberto Moreno shared the snap of him below with Joao Vilaca on his own Instagram account and wrote: “Travelling to Thailand (Bangkok) with my friend cigano @joaovilaca8 👍”

Newly-appointed captain Jordan Henderson was also among the Liverpool players to take to social media ahead of Sunday’s flight, as he shared the snap below on the photo-sharing app and wrote: “Looking forward to the tour! ✈️”

Raheem Sterling was on Sunday withdrawn from the club’s pre-season tour, with the Reds reported to be in talks over a transfer with Manchester City.

Sterling has asked to leave Anfield and was reported to be the subject of two bids from City in June.