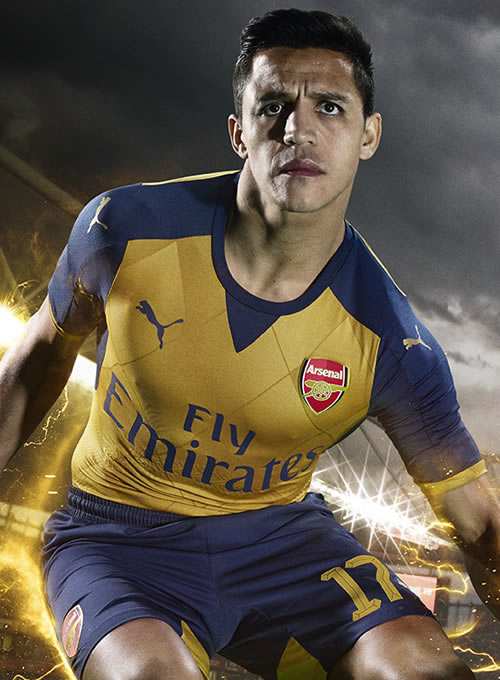 Alexis Sanchez is due to return to Arsenal on 3 August Photo: Puma

Ray Parlour insists that Arsenal will be able to cope with the absence of Alexis Sanchez in the early stages of the season.

The 26-year-old is currently recovering from a gruelling campaign in which he helped Arsenal win the FA Cup title and then inspire Chile to Copa America glory earlier this month.

Sanchez has now been been given time off to recover and is due to report back to Arsenal on 3 August to begin his pre-season preparations.

It means that the forward is likely to miss Arsenal’s opening games – but former Gunners midfielder is convinced that the north London side will be easily be able to cope with his absence.

“No [Arsenal won’t struggle without Sanchez],” said Parlour, speaking on behalf of Carlsberg, the Official Beer of the Premier League.

“I think they’ve got enough players in that position who can play a role there – Alex Oxlade-Chamberlain, Theo Walcott, Danny Welbeck…

“I think they’re well capable of coping without Sanchez – and they can’t just rely on one man.

“During the season, there might be a time when he’s out for two months. There have to be players ready to step into his position.

“It won’t be a problem at all and Arsene Wenger always gives you a good rest during the summer, makes sure you can recharge your batteries and get ready for the new season.”

Parlour also picked Sanchez as the one current Arsenal star he would have liked to line up with if he were still playing.

“If you’re playing midfield, you like the energy of someone in front of you, who’s going to close down – so Sanchez would be the man probably.

“Someone asked me the other day who would get into the 2003-04 team – probably Sanchez would, you could maybe have a question mark about Laurent Koscielny at centre-half for Kolo Toure or someone.

“I think Sanchez’s energy is superb. When you’ve got a player like that, who is a little bit like Luis Suarez when he was at Liverpool, it’s so much easier for a midfield player to really close him and close down your own men if you know someone is chasing the ball.

“For me, Sanchez has been superb – a great signing but they have got so many good players.”