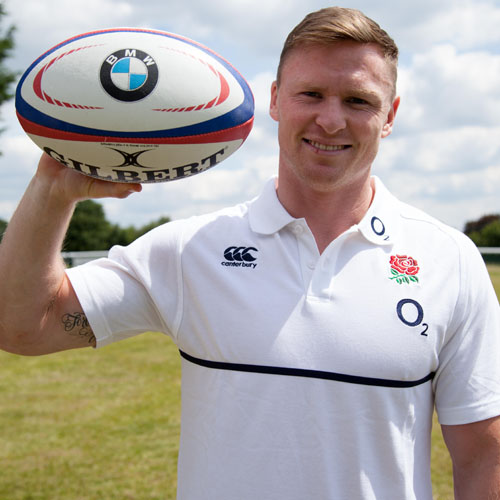 Chris Ashton believes playing in front of home crowds at this autumn’s Rugby World Cup can spur England to glory.

Ashton, who finished tied leading try-scorer in the 2011 tournament, has been included in Stuart Lancaster’s training squad for the upcoming World Cup.

And the Saracens winger is hopeful that the support of a partisan home crowd at the tournament could provide the difference come the end of the tournament.

“The difference is massive, it really is,” Ashton said.

“Playing in front of our own fans always gives us a lift, and to have that benefit at a World Cup will make such a difference.

“There is a great feeling amongst the players and the coaches, and there is a real positive attitude to believing we can achieve something special at the tournament.”

Despite a number of high-profile players having off-field problems, Lancaster has towed a hard line towards ill-discipline and the remaining players are responding well to the tough approach of the coaches.

“It’s very full on, normally you have time to build into a season, but in a world cup year like this players are looking to do their best from the off in preparation for the pool stages and beyond,” he added.

“There’s less time off than in other seasons but all the players are in the same mindset of wanting to compete for places and do well for England which is great.”

England take on Wales, Fiji and Australia before a rare trip north to face Uruguay at Manchester City’s Etihad stadium. Despite the relative small status of the opposition, Ashton believes the prospect of playing in front of a new set of England fans can only be good for the game as a whole.

“We are lucky as a team to play in front of thousands of loyal fans at Twickenham, but a game up in the north-west will be great for the fans,” he said.

“Obviously there is a league culture up there and Twickenham can be a long way to go to watch England play, so hopefully by playing up in Manchester we can go some way to helping the game grow in the region which can only be a good thing.”

Chris Ashton was speaking on behalf of BMW, official partner of England Rugby and drivers of the Sweet Chariot Roadshow which will be visiting Farnborough’s Picnic to Music in the Park on Saturday 11th July. Visit www.BMW.co.uk/Chariots for more information