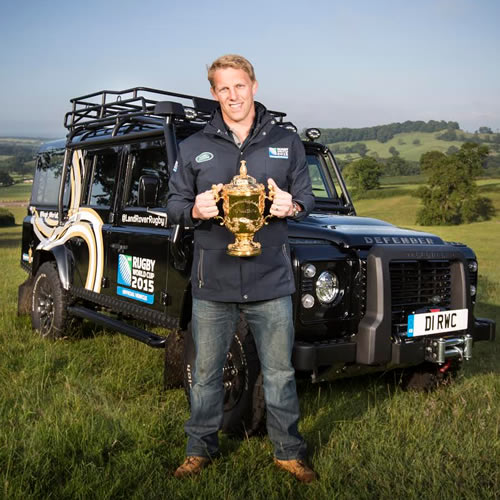 The enduring hope is that England can repeat the exploits of the all-conquering 2003 side and once again lift the Webb Ellis Cup this autumn.

But one of the lynchpins of that squad, former skipper Lewis Moody, believes the current crop are undercooked heading into the tournament – making their quest for glory that much tougher.

This November will mark 12 years since Jonny Wilkinson’s drop goal famously handed England a 20-17 victory over Australia in Sydney as they lifted the Webb Ellis Cup for the first, and to date only, time in their history.

That triumph was the culmination of 20 months of dominance, during which time the Red Rose won 22 games and lost just once – a 17-16 reverse to France in a Rugby World Cup warm-up game in Marseille.

By contrast, the 2015 version of England have lost six of their previous 12 matches, although they did only miss out on the Six Nations title to Ireland this spring on points difference.

Stuart Lancaster has also struggled to decide on his best starting line-up leaving Moody to insist that the squad bears more resemblance to their predecessors from 2007 rather than 2003.

“In 2007 we were on a terrible run of form and we were in a similar position to the current squad in that we didn’t know who was going to be starting,” said Moody, speaking at the Land Rover Experience Centre in Devon – the latest stop on the Rugby World Cup Trophy Tour.

“We relied on sheer bloody-mindedness during the tournament to get us through rather than anything else.

“In 2003, we’d beaten everyone before, we’d had a clearly-defined goal for four years and we achieved it. We knew we went into the tournament as favourites.

“Stuart has had a clearly-defined goal but they haven’t quite reached the level of expectation he would like to have done heading into the tournament.

“They aren’t quite where they want to be in terms of preparation – they’ve not had that continuity of selection because of form, injury and that sort of stuff for ages.

“They’ve got a bit of work to do but they do have a chance – they’ve just got to get it right.”

The 100-day journey is engaging fans at over 100 grassroots and elite rugby clubs while Land Rover are also recruiting all 96 official mascots for Rugby World Cup 2015 as part of its We Deal In Real campaign.

Despite their less than ideal preparations heading into Rugby World Cup 2007, that England team surprised the world to make it all the way to the Final.

Moody acknowledges that Lancaster’s troops are playing a superior brand of rugby to that side and believes upcoming warm-up games against Ireland and France (who they play twice) will be pivotal.

And while he is concerned at the lack of a settled starting XV, Moody claims it does give the uncapped or fringe players a chance to make their mark.

“The fact that the starting XV isn’t set in stone is why I’m excited about the likes of Henry Slade and Luke Cowan-Dickie being involved,” he added.

“In terms of the guys who are nailed down for their spots you’d say Chris Robshaw, Jonathan Joseph, Mike Brown and at the minute George Ford but that’s about it.

“You could argue for [Joe] Launchbury and [Courtney] Lawes but then [Dave] Attwood and [George] Kruis have done well while [Geoff] Parling is also in there.

“They need to know from these friendlies what their starting XV is going to be so they can play it in that last friendly match, ideally in the last two, before going into Rugby World Cup 2015.

“Touch wood they’ll all stay fit, Stuart will know his starting XV going into that last friendly and they’ll head into the tournament with some real confidence having won three friendlies.

“But if they lose some of those warm-ups, and playing against France and Ireland is tough, that could really hurt them. Those friendly games are hugely important.”

Lewis Moody is a Land Rover ambassador. Land Rover is a Worldwide Partner of Rugby World Cup 2015 and is recruiting all 96 official mascots for the tournament as part of its ‘We Deal In Real’ campaign. Follow @LandRoverRugby #WeDealInReal