Prize money for the 2015 US Open will top $40m for the first time following a 10.5% increase in the total purse 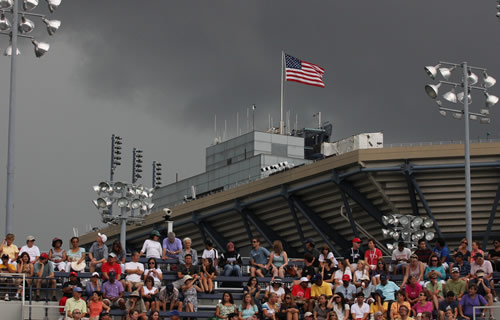 The 2015 US Open begins on 31 August Photo: Marianne Bevis

Both the men’s and women’s singles champions will earn $3.3m (£2.1m), the largest payout in US Open history.

Each round of the singles competition will see double-digit percentage increases over last year’s record payouts, with the minimum increase of 10 per cent for the champions and up to a 14.4 per cent increase in the round of 32.

The US Open Qualifying Tournament will now offer more than $1.7m in prize money, a 12 per cent increase over 2014.

In the last three years, US Open main draw prize money has increased by 67 per cent.

Singles prize money for the 2015 US Open

“We continue our commitment to ensure that the US Open offers one of the most lucrative purses in all of sports,” said USTA chairman of the board and president Katrina Adams.

“As we have stated, total player compensation at the US Open will reach $50 million by 2017.”

This year’s US Open will take place from 31 August to 13 September, with the qualifying tournament beginning on 25 August.