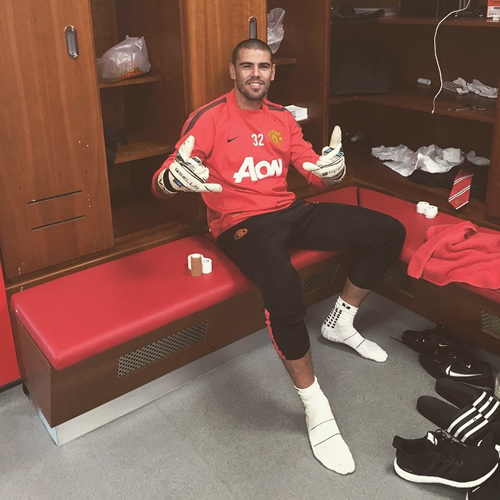 Victor Valdes took to social media on Tuesday afternoon to declare that he is feeling “good and strong” as he continues to train at Manchester United’s Carrington training base, while his team-mates prepare to conclude their pre-season tour.

The Spanish goalkeeper’s future at United has been a source of speculation in recent weeks after Louis van Gaal opted to leave the shot-stopper in England rather than take him on the club’s pre-season tour of the United States.

Van Gaal accused Valdes of not buying into his philosophy at the club when asked to explain the Spaniard’s absence, leading to reports claiming that he could be on his way out of Old Trafford.

United’s signing of Sergio Romero earlier this week will only add further doubt to Valdes’ future at Old Trafford.

However, the shot-stopper was all smiles as he delivered an update for his fans on social media from Carrington on Tuesday.

He uploaded the photo above on his Instagram account and wrote: “Feel Good ! Feel Strong ! Happy and Grateful for Training Session Today. Thank you God for Everything. #mufc #GoalKeeper #Saves”