Wimbledon final 2015: Novak Djokovic looks for another reason to celebrate 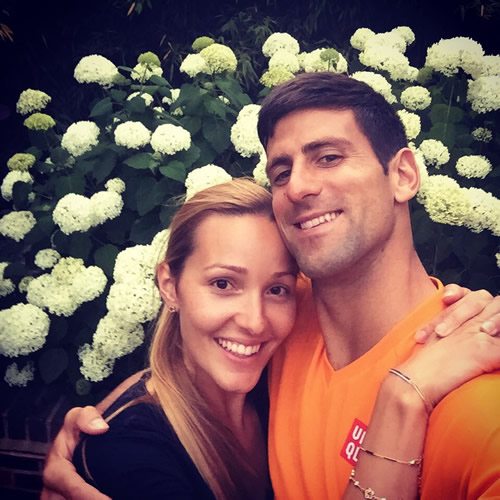 Novak Djokovic will be looking for another reason to celebrate this weekend when he takes on Roger Federer in Sunday’s Wimbledon final.

The world No1 faces the seven-times Wimbledon champion on Centre Court just days after he celebrated his first wedding anniversary with his wife Jelena.

Djokovic took to Instagram this weekend to pay tribute to his partner by posting a selfie of the happy couple together on the photo-sharing app.

Djokovic, who beat Richard Gasquet in Friday’s semi-final at SW19, shared the picture above and wrote: “So many reasons to celebrate tonight. The most important one – first anniversary with my wife! 1 year of married life and 10 years together. Aging together :)”

The 28-year-old Djokovic beat Federer in last year’s final at the All England Club, but the Swiss maestro has looked in sublime form in recent weeks.

Federer breezed past home favourite Andy Murray in Friday’s semi-final as he looks to win his eighth title at Wimbledon.

You can get enhanced odds of 5/1 on Novak Djokovic to win Sunday’s final, or 9/1 on Roger Federer to win.