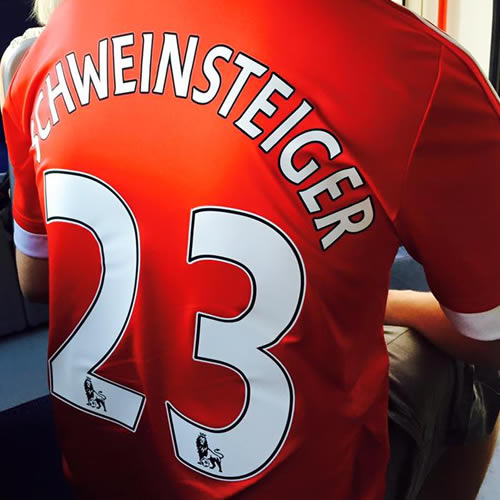 This Manchester United fan received the wrong number on his shirt Photo: Facebook

Bastian Schweinsteiger has shown his classy side by stepping in to help one Manchester United fan’s shirt dilemma.

The Germany international responded to a fan’s message posted on Facebook after the supporter was incorrectly given a No23 shirt featuring the midfielder’s name.

Schweinsteiger, who joined the Red Devils from Bayern Munich this summer, has since been handed the No31 shirt at Manchester United.

And the World Cup winner responded to the supporter on Facebook by promising to send the fan a brand new signed jersey.

And the midfielder was quick to respond to the supporter’s problem:

It is not the first time that a Manchester United player has had to step in due to shirt number issues. Last week, Luke Shaw contacted a fan after he received the wrong shirt number.

United kicked off their Premier League campaign with a 1-0 win over Tottenham Hotspur on Saturday.