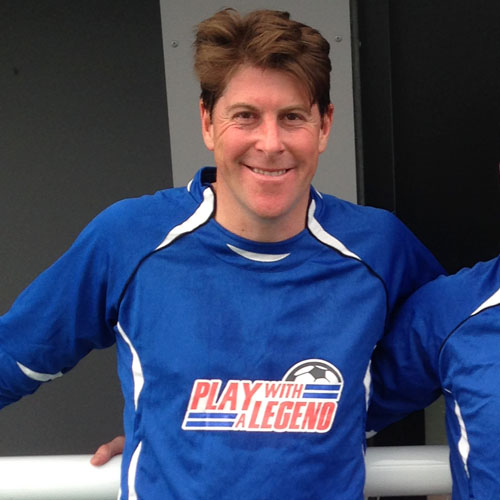 Spurs manager Mauricio Pochettino is being tipped to sign a striker before the close of the summer transfer window with reports suggesting £27.5m flop Roberto Soldado could seal a return to La Liga with Villarreal interested.

Berahino offers more outside the box, his pace and he is a real threat. He can push defences back

The north London side were heavily reliant on England international Harry Kane last season after the PFA young player of the year scored 21 of Tottenham’s 58 goals in the Premier League.

Pochettino has been linked with Berahino and Hernandez in recent weeks, and former Spurs midfielder Anderton reckons the England Under-21 international would complement Kane in the starting line-up.

“I think they’re both good [options],” Anderton told The Sport Review, speaking at a Play With A Legend event.

“Berahino offers more outside the box, his pace and he is a real threat. He can push defences back.

“Whereas Hernandez is fantastic if he is playing at the top of the team and you’re creating chances, he’ll score goals. If the team isn’t playing particularly well, I’m not sure how he’d do.

“He was playing at Manchester United and Real Madrid where he got plenty of service. I think Berahino is a better fit in the long-term as well.”

Kane, 22, scored 31 times in 53 appearances in all competitions last term.

Spurs start their Premier League campaign with a trip to Old Trafford on Saturday.