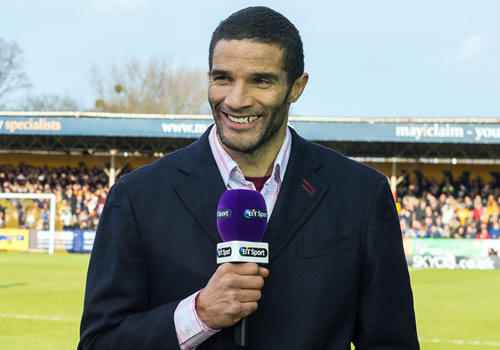 David James says he can empathise with Christian Benteke as the striker looks to shoulder the burden of being Liverpool’s second-most expensive signing.

As if that wasn’t enough pressure for the 24-year-old, Benteke has arrived at Melwood amid a major restoration job following the departure of Reds legend Steven Gerrard and the acrimonious £49m sale of Raheem Sterling to Manchester City.

The current situation at Anfield brings back memories for James following his move to Liverpool from Watford in 1992 at a time when Graeme Souness implemented a brutal overhaul of a Reds squad that had become accustomed to uninterrupted success.

“The problem, and I can empathise with him a little bit, is that Christian is coming in at a time when they’re having to replace club legend Steven Gerrard, a potential legend in Raheem Sterling and just a couple of years after Luis Suarez left for Barcelona,” BT Sport pundit James told The Sport Review.

“So there is a bit of turbulence there.

“I can empathise because when I joined in 1992. Graeme Souness was getting rid of a lot of legendary players at the time so there was a lot of upheaval.”

Benteke earned the adulation of the Aston Villa supporters within weeks of his transfer to Birmingham from Genk in 2012 after a flurry of goals in his opening months in the Premier League.

The towering striker’s popularity soared in the closing months of last season after he scored 13 times in his last 12 games to fire Tim Sherwood’s side to Premier League safety and into the FA Cup final.

But James, who swapped Second Division Watford for the Premier League as a precocious 22-year-old in 1992, warned Benteke to expect an immeasurable increase in adulation at Anfield, particularly after his wonder goal in a pre-season friendly on Sunday.

“When I was at Watford, I used to hang around in the administration offices,” he said. “The first thing I noticed when I got to Liverpool was that they didn’t do that. This is not what I’m used to.

“As Benteke will realise after yesterday, you think you’re popular, then you go to a club like Liverpool and you’ll realise what ‘popular’ really is.

“I remember being on pre-season with Liverpool in some country with Ian Rush walking down the street and a fan ran over for an autograph. I was like: ‘you know who he is?’. You’re in another country and they know who Rush is. Then you realise how big Liverpool are.”

Inevitably, Benteke’s transfer has been likened to Andy Carroll’s record move to Liverpool in 2011, which ended in the striker’s sale following the appointment of Rodgers just 18 months later.

James, though, dismissed concerns about Benteke being an awkward addition for the current Liverpool side, insisting that the Belgian has the chance to adapt and improve following a summer of change at Anfield.

“With the change of structure at Liverpool, whoever comes in now has the chance to change completely and improve as a player,” he continued.

“Christian is good in the air, he can hold up the ball; you’ll struggle to find better in the Premier League.

“Ask him to take on two or three players with the ball on the floor, and I think he’d struggle. Whether or not he’ll ever be good enough to do that remains to be seen.

“But I imagine he’ll be given the opportunity to try. The coaching side of it is going to be the most crucial factor rather than just: ‘you do what you do and we’ll try and make it fit.’”

Roy Keane spoke of his surprise at Benteke’s inaccuracy in training during his spell as assistant manager at Villa Park, and notably, the Villa forward failed to score for two and a half months in the Premier League before Sherwood’s appointment.

While James warned that Benteke’s wonder goal against Swindon Town in a pre-season friendly had little relevance ahead of the new campaign, the former England international is confident that the £32.5m man will be a success if he trains well.

“If you’re not scoring, then there is an improvement could be made,” he said. “One of my favourite sayings at the moment: ‘you play like you train’.

“If you train badly, eventually you won’t be playing well.”