Russell Cane delivers the first of his four-part Fantasy Football Watchlist. Here are five goalkeepers you must consider 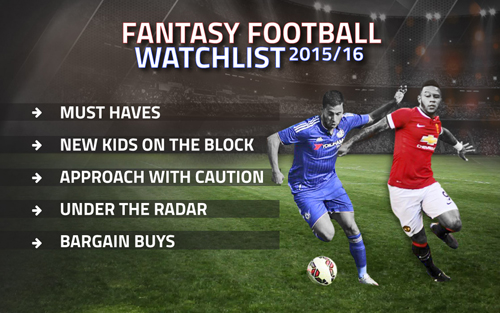 There’s less than a week to go to finalise your fantasy football team… Still tinkering?

Having played fantasy football for the past 18 years and collecting 25 national prizes in games such as the Sun DreamTeam, Telegraph, SkySports and the Daily Mail, this columnish now works for Opta-powered fantasy football game www.oulala.com, who will be launching a new daily version of their game very soon.

Whatever fantasy football game you play, whether your aim is to win your work or pub league or you’re going for a national prize, the basics are inevitably the same. Pick the best players and avoid the dross. Your starting XI (or squad) is pivotal in how your season pans out. You want to get one up on your friends and work colleagues, right?

With budget restrictions it’s not as simple as packing your side out with superstars. Sure, your team needs a core of top players who will deliver consistent points. However, identifying who offers the best value, which players you may have overlooked and how players may perform for their new clubs, are some of the factors that come into play when picking your initial side.

Here are five goalkeepers that will give you a head-start over your rivals from day one.

New Kid On The Block

Petr Cech There’s no doubting the Czech’s class. Joining an Arsenal side that conceded the third fewest goals last season behind just Chelsea and Southampton. An addition of Petr Cech’s ability could well see Arsenal jump to the top of that list.

Hugo Lloris A wrist injury is a keeper’s worst nightmare, and having just recovered, it’s understandable that naturally Lloris will be cautious when attempting saves, not what you want from your keeper, shot stoppers should be fearless.

Maarten Stekelenburg With Fraser Forster out injured until April after rupturing a knee tendon, it will be up to Maarten Stekelenburg to deputise. With one of the meanest defences in the Premier League last season in front of him and his cut-price cost, his selection percentage should be much higher than it is.

Boaz Myhill As Ben Foster has been ruled out of action until October, another keeper deputising is Myhill. The most saves per game (3.91) in the Premier League last season and four clean sheets from 11 games, show that he’s well up to the job at a cut-price in every game. The Baggies begin with difficult opening fixtures so be on your guard.